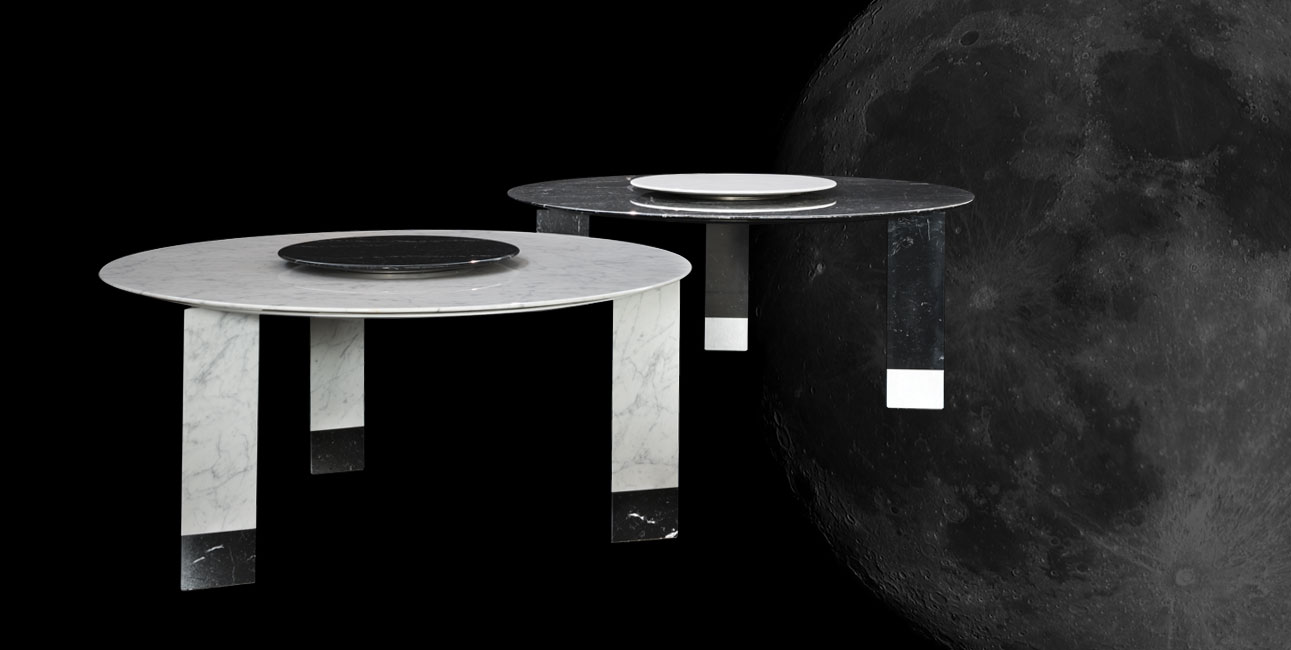 The top of the Alba table is circular: on customer’s request it can be supplied with the Lazy Susan, which can be realized in the same color of the top or, as for the model in the picture, it can be produced in another color to play on the chromatics, already proposed in the pedestals. The three pedestals of the table have a triangular shape and they have been designed with two different marbles to create a smooth contrast. The main feature of this design is that it’s based on 3 pedestals which have been placed along the perimeter of the top.
Marble: Verde Alba and Bianco Lilla 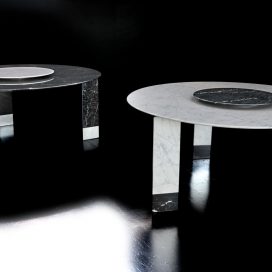 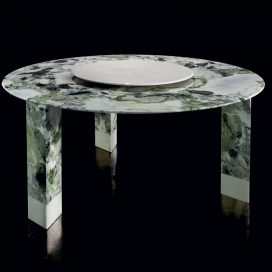 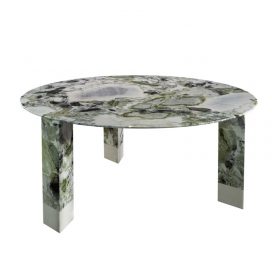 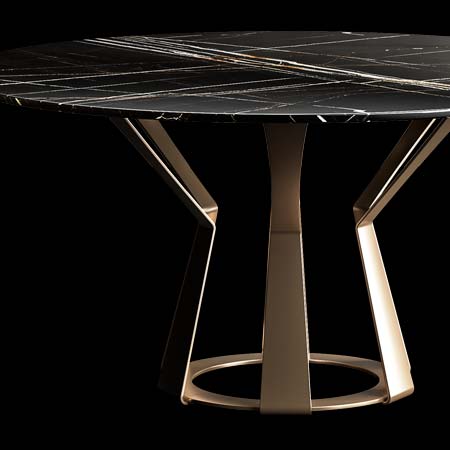 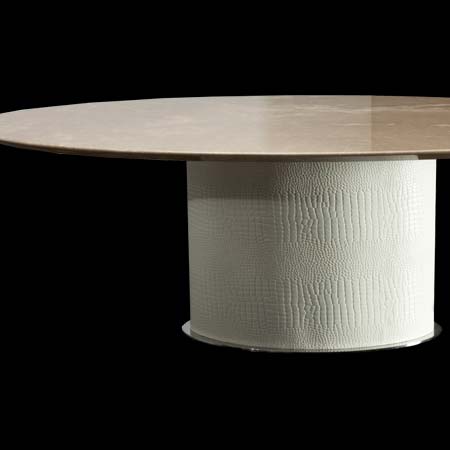 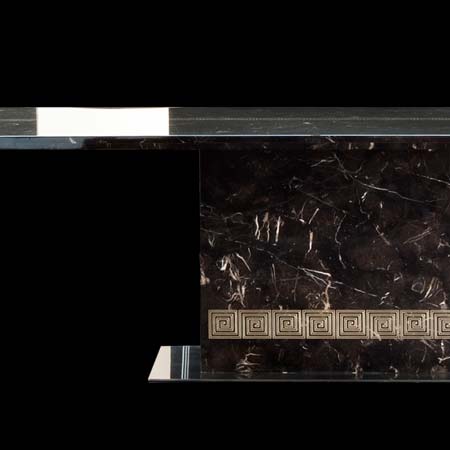